Named and concurred licenses: what to choose?

Chat2Desk offers two ways to pay for the number of operators. They are called named and concurrent license. In this article we’ll reveal how they differ and when you need them.

Why do you need licenses?

What do licenses provide?

Depending on the number of people working at the moment, licenses can be named and concurrent. And each company benefits from a different approach.

Differences between named and concurrent licenses

This is a usual case for software vendors. Access to the program is provided to an employee, not to a computer or a workplace. For example, the staff has 30 employees and they all communicate with customers at the same time. So the company purchases 30 licenses, one for each operator. All you need to do is log in with your username and password at any time. It comes from CRM systems, for which it's a way to save money. Licenses are provided to computers or workstations. These licenses allow operators to work one by one. For example, a company has 30 employees, who work in shifts. Five people communicate with clients at the same time. It makes no sense to buy licenses for all operators, so the company purchases only 5 licenses.

This approach is convenient if the software is little used and most of the work is done in other services.

The economic benefit to the company

Example 1: when named licenses are profitable

The company "Dandelion" has 10 sales managers. All of them work full-time, which means that all the 10 employees must be at work at the same time.

In the case where the majority of employees always work in parallel, it is more profitable to buy registered licenses. The difference in the example is $150 per month.

Example 2: when concurrent licenses are profitable

The company "Tulip" employs 20 sales managers, 3 people per shift during the day, 2 people at night. In total, no more than 3 employees are at work at the same time.

It turns out that concurrent licenses are $35 per month is more profitable than the named license.

Now you know the difference between two types of licenses in Chat2Desk. You can calculate them on our site on the Pricing page. If you still have questions about the types of licenses, then write to us through the widget on the site. 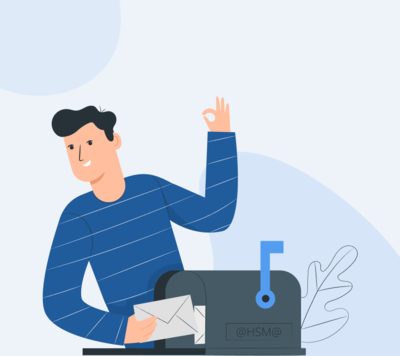 WhatsApp Business API HSM templates: Creating and usage tutorial
Reading time: 12 minutes
Sign in
Register
Reset password
Enter new password
Thanks!
Our manager will contact you soon.
OK
Error!
Try again or contact us via messengers.
OK
Error!
Oops! The server is overloaded. Try again a bit later.
OK
We have sent you an email with instructions on how to reset your password. If you haven't received it, please check your spam folder.
OK
Chat2Desk is a desktop-service. Open https://chat2desk.com/en/ on your computer to start a Demo chat. If you'd like to keep using mobile device, watch this video.
Close
Stay
Go
This website uses cookies to ensure that you get the most out of it. What is it?
OK